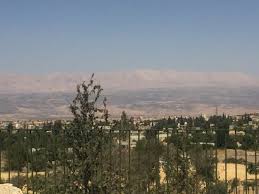 Experienced family attorney Terry Chucas has been recognized as Lawyer of the Year by San Diego Magazine for his exceptional legal ability and ethical representation practices. Outside of his law practice, Terry Chucas is an avid traveler who enjoys a well-vinted bottle of wine.

Though not as well known as wines from the producing regions of France, Italy, or California, Lebanon’s wines are becoming increasingly popular with wine lovers. Much of Lebanon’s wine is produced in the Bekaa Valley, a region about 1000 meters above sea level.

Grapes have been grown in this temperate plateau since Roman times. Today, about six million bottles of wine are produced in the valley annually. Some popular red varieties include Chateau Musar and Chateau Kefraya.

Lebanon’s wine industry has faced some setbacks over the years due to the volatile political atmosphere in the country and the wider Middle East. The Wine Union of Lebanon, established in 1997, aims to bring more Lebanese wines to European and American markets.